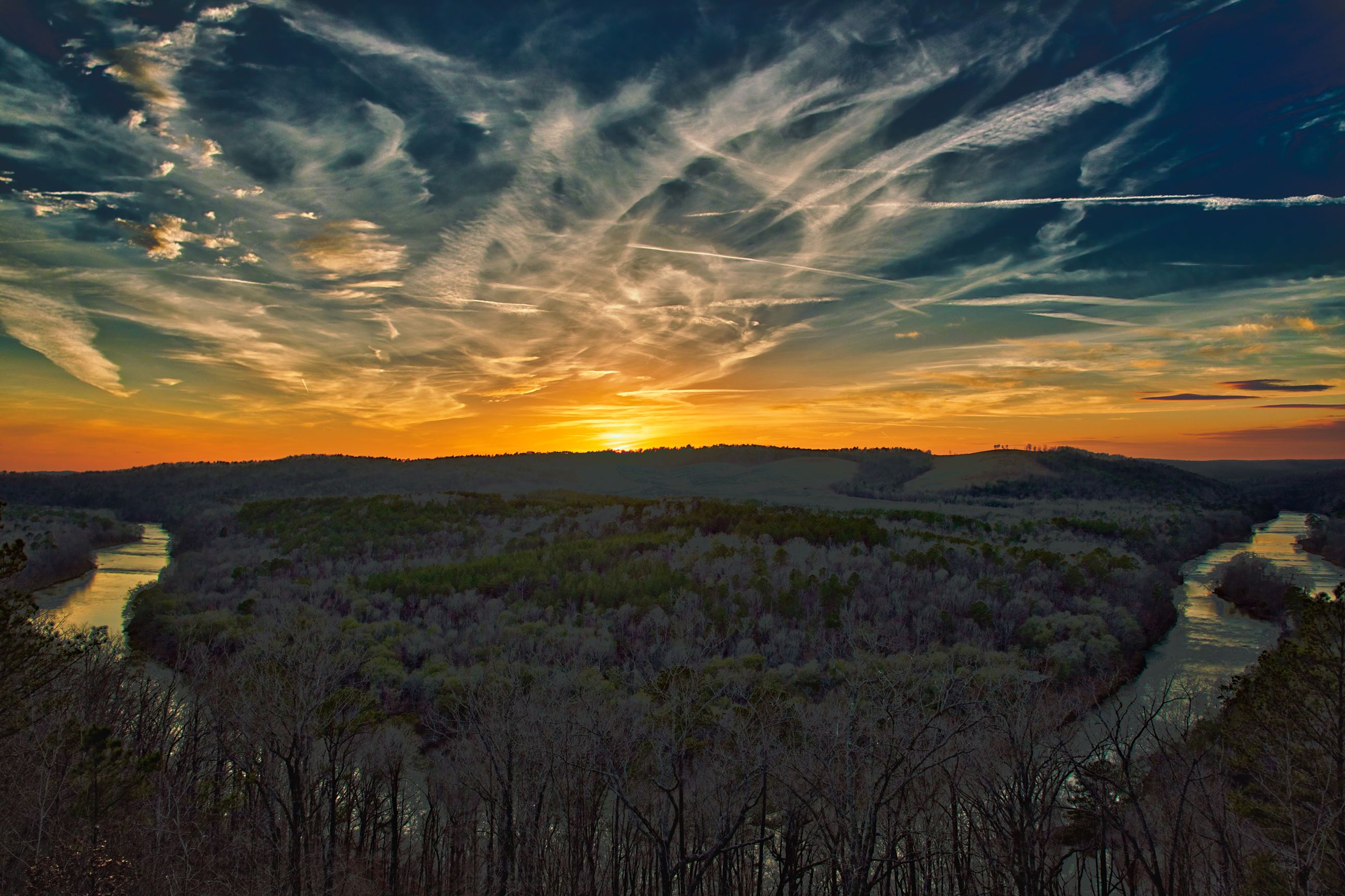 The History of Sprewell Bluff Park

This portion of the State was originally inhabited for thousands of years by a loose confederation of tribes commonly referred to as the Creek Nation. A village located in present day Albany was known as “Thronateeska,” which in the Creek language means “flint,” and the river passing by the village also became known by that name. The Creek were hunters, planters and traders who were dependent upon the river, stream ecology, and the wildlife of the region. Europeans came to the region in the mid-16th century, first the Spanish and later the English. By 1700, the English were surpassing the Spanish for power in the region, especially with the establishment of Savannah by Oglethorpe. After the successful conclusion of the Revolution and the invention of the cotton gin in 1790 by Eli Whitney, the pressure for westward expansion was profound as the demand for good cotton land intensified. By 1820, the Western Frontier reached the Flint River, and in 1825, the Creek ceded all of their lands between the Flint and Chattahoochee Rivers to the United States. The area boomed under a growing cotton economy. Large plantations, textile mills, and gins were common. The population grew and Talbotton and Thomaston grew to be social and cultural centers of the region. Former Indian trails became major transportation routes, including Old Alabama Road, which was the stagecoach route between Columbus and Augusta, crossing the Flint River at Sprewell Bluff. The area grew and prospered until the Civil War.

The region was largely spared during the Civil War from constant fighting. A Confederate campground was established at Thundering Springs in Upson County, and is known as the Boy Scout’s Camp Thunder today. According to the historical marker located near the site, on April 16, Wilson’s Cavalry seized the City of Columbus. On the 17th, Minty’s division was sent to secure a route to the City of Macon. Minty sent the 4th Michigan & 3rd Ohio Cavalry to secure the Flint River crossing at Double Bridge. Double Bridges at Owens Island was guarded by fifty Georgia Cavalry reserves under Maj. N. C. Osborn. Pritchard, under cover of darkness and with overwhelming forces seized the island and the two bridges. Wilson’s Raiders followed on April 18-19 via Talbotton, Belleview, Pleasant Hill, and Thomaston. As throughout the South, the post-war years were difficult for the region. Since the fighting and subsequent destruction largely bypassed the area, the textile mills became operational once again and enjoyed a brief recovery. The population of the area peaked during the 1880’s and then began a steady decline. The cotton economy was effectively dead by 1900. After 1900, the region remained rural and agricultural with much of the land used for timber. The area remained largely unchanged for much of the 20th century.

In the early 1970’s, with the growth of the Metropolitan Atlanta region, the US Army Corps of Engineers proposed the construction of a reservoir with the dam to be located at Sprewell Bluff. After a cost benefit analysis, then Governor Jimmy Carter personally intervened, blocking the Corps of Engineers plans. As a result, the Flint River is one of only 40 rivers in the United State that flows unimpeded for more than 200 miles. Today, “...the Flint River continues to flow freely through one of the most naturally beautiful and ecologically diverse sections of Georgia.” The park site itself has been owned and managed by the Georgia Power Company. In the early 1990’s the site was leased by the State of Georgia and designated as Sprewell Bluff State Park. The original intent for the Park was to be an “unmanned” day-use only facility. In January of 2013 Upson County took over management of the park. Since then, Upson County has updated the facilities and the recreation areas. New trails, cabins, RV sites, an overlook deck, and a Trading Post have all been added and are open to the public.

How did Sprewell Bluff Park get its name?

Sprewell Bluff Park got it’s name from Jeptha Spruill, a Talbot County man who lived and cultivated the bluff area sometime before 1850. There is little information known about Jeptha himself, but he was a farmer born in Abbeville, South Carolina. Sometime throughout his life span, he relocated to Talbot County, Georgia.